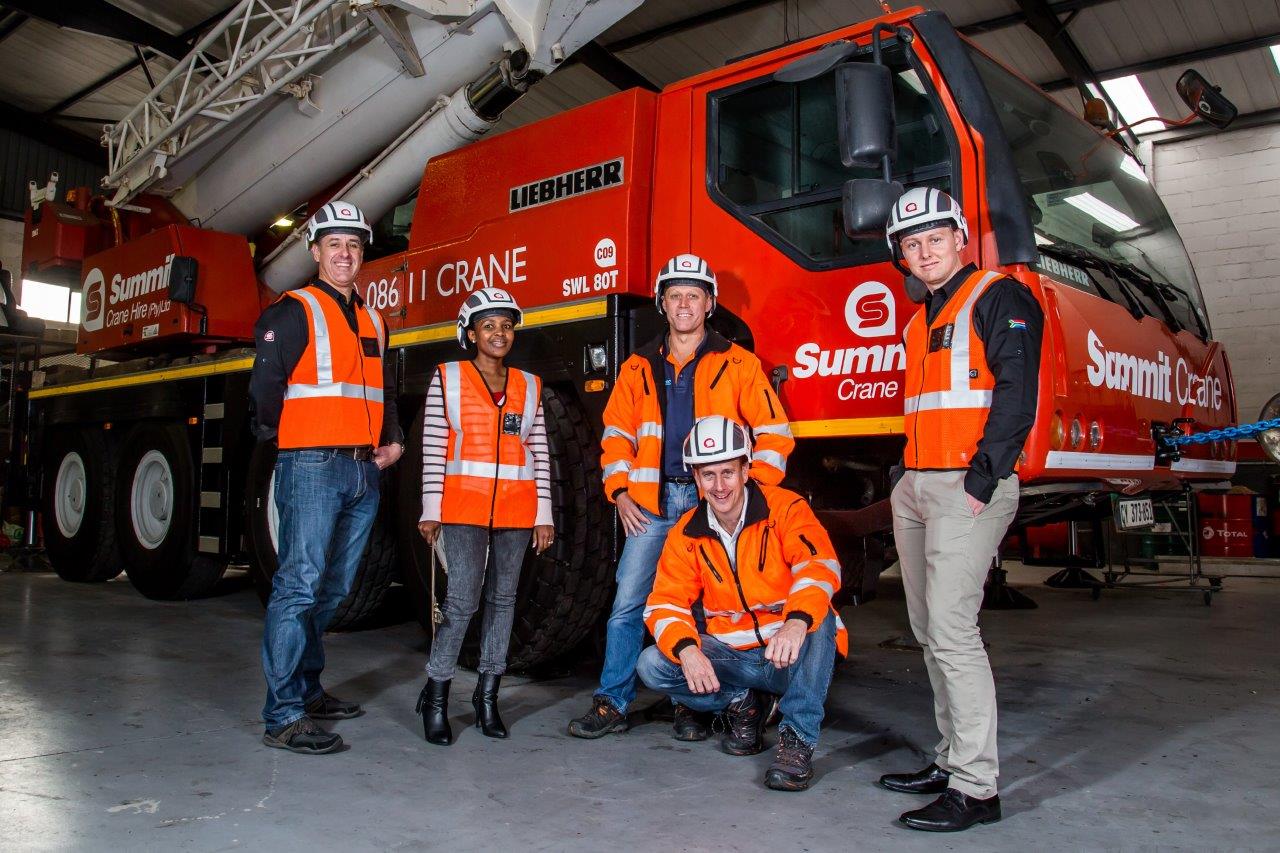 The company, which is the market leader in the Western Cape and has a presence in the Eastern and Northern Cape, has substantial growth prospects nationally.

The inclusion of new private equity partners will enable it to realise a number of major growth opportunities in key areas such as the oil and gas sector and wind turbine electricity generation industry, explained Jacobs Capital chief executive, Wessel Jacobs.

Summit provides mobile cranes, trained operators and related vehicles and rigging services to clients as part of short to medium term contracts or one off projects. It is the dominant mobile crane provider in the Western Cape and is currently servicing clients in many different industries.

In terms of this transaction, the Vulindlela / Jacobs Capital consortium will hold a majority stake in the business with chief executive and company founder, Mike Grant, chief financial officer, Clint Correia, and chief operations officer, Leonard Opensaw, each owning a share in the company.

CEO Mike Grant, who launched the company to provide a one stop lifting and moving solution in mid-2010, said that he realised that there was a need to take on private equity partners to maintain Summit’s steep growth curve earlier this year and to involve partners with the right BEE credentials.

During its first four years in operation, Summit has had double digit growth in turnover year on year and with the new partners expects to carry on this growth. Last year, Summit Crane Hire invested over R50 million in growing its fleet, adding forklifts, trucks and mobile cranes. It has a staff of 100, including highly skilled rigging crews, project managers and health and safety officers.

Grant, who has turned down at least 10 offers to purchase the company, said that because the company was operating at full capacity and needed even more additional equipment, it had been forced to pass up a number of lucrative contracts.

He said Jacobs Capital and Vulindlela would add value to the existing dynamic team. With an improved BEE scorecard and financial backing, the company is now well positioned to work on large infrastructure projects in both the public and private sectors.

Jacobs Capital’s investment manager, Tyrone Bricknell, said that the investment in Summit Crane Hire was an exicting one. The business had a strong track record and the investment was supported by a strong and experienced management team that now included shareholder partners.

“The management shareholders are highly experienced and we see this as an opportunity to partner with them for the long term. We would like to use our investment in Summit Crane Hire as the foundation for further growth in this sector. We would like to grow the company either through acquisition of similar businesses or organically and we believe that it will be the market leader not just in the Cape but throughout the country in the near future,” he said.

The balance sheet has significant assets which are underpinned by strong earnings with sound growth projections for 2017 and beyond which was another important investment criteria.

Summit Crane Hire currently focuses on the oil and gas, mineral and logistical support, civil infrastructure, industrial and construction sectors. This diversity is a strength, because if there is a downturn in one sector, assets can be reassigned to others.

Jacobs said that the Summit Crane Hire investment was a valuable addition to the Jacobs Capital portfolio. With investments set to reach R2 billion shortly, it has been on an aggressive acquisition trail over the past year.

Summit Crane Hire marks the fourth major investment for Jacobs Capital over the past two years.

For more information about the companies: