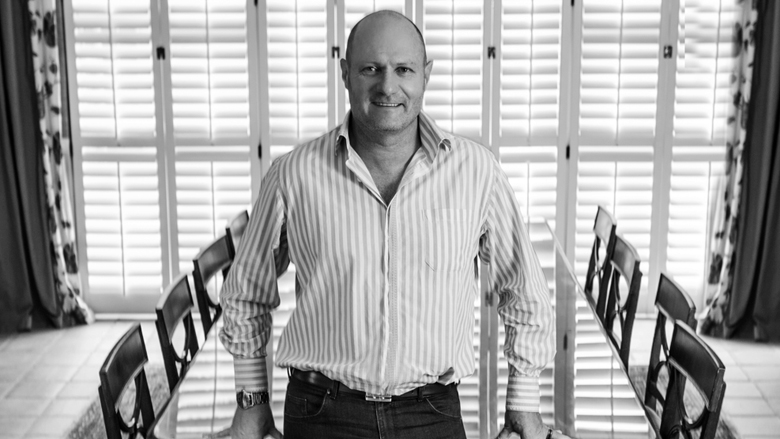 Jacobs Capital is a private equity and business advisory firm with a proven track record and a reputation in business rescue and the effective implementation of turnaround strategies.

Our team is led by CEO, Wessel Jacobs, an expert in implementing turnaround strategies which result in increased output, reduced waste, raised efficiency and improved financial performance in both performing and under-performing companies around the world.

With his experience and track record within the restructuring space, Wessel was invited to impart his business expertise at a Virtual Round Table discussion focussing on bankruptcy and restructuring.

The Virtual Round Table is an initiative run by Corporate Live Wire that brings international business leaders together on a digital platform to discuss various business topics. Wessel joined other successful businessmen and women from around the world to share his unique views on bankruptcy and restructuring in a South African context.

Q) Can You Outline The Current Bankruptcy And Restructuring Landscape In Your Jurisdiction?

A) The South African economy has been in a low-growth trajectory for several years, with two successive quarters of negative growth at the end of 2016 and the beginning of 2017 which placed the country in a technical recession. A widespread drought, weak international commodity prices, political uncertainty, credit rating downgrades, high levels of unemployment and labour unrest, and weak consumer spending all contributed to the country’s financial woes.

Since then South Africa has emerged from recession with 1% year-on-year growth, but business confidence is still at record lows. Many businesses struggle to grow revenues and profits. This has created constraints in working capital and cashflow, putting pressure on financial commitments to banks and trade creditors.

Under these conditions, the threat of business insolvencies is high. Business restructuring is therefore likely to face a growing demand.

Q) Have There Been Any Recent Regulatory Changes Or Interesting Developments?

A) There are many reasons why businesses fail, but in many cases a business is only experiencing a temporary setback. A business rescue programme and some breathing space could lead to recovery. It is easier to rescue a business than to create a new one, and allowing businesses to survive helps create a strong economy.

The introduction of business rescue proceedings in terms of Chapter 6 of the Companies Act No 71 of 2008 was therefore welcomed. It provided an alternative to the traditional insolvency proceedings by introducing measures to facilitate the re-organisation and restructuring of struggling businesses. It allows a business to survive as a solvent entity, or at the very least result in better returns for creditors or shareholders than they would receive in liquidation proceedings.

Unfortunately the legislation is badly drafted and extremely vague. The process is also not effectively or efficiently regulated. We are forced to rely on interpretations provided by case law, which is not always consistent. Another problem in case law is that specific facts and circumstances in our projects do not fit squarely into the facts of the judgment that we have to rely on.

We have also witnessed abuse and mismanagement of the business rescue process which has resulted in businesses closing their doors when they in fact had the potential to survive.
But despite the many regulatory, drafting and interpretation glitches in the legislature, it is a step in the right direction.

Q) What Is The Process For Asset Recovery In Your Jurisdiction?

A) There are a number of options available to recover assets from an entity. In our experience the most effective is to ensure that proper security is obtained through the registration of a combined special and general notarial bond. A special notarial bond lists specific moveable assets, with identifiable features such as serial numbers. A general bond refers to any remaining moveables in the business and the operation of the business, including any goodwill, intellectual property, machinery, fixtures, vehicles, cash and access to bank accounts, as well as servers. The bond is registered in the deeds office.

In the event of a default, an attorney can bring an application to court to perfect a bond within a few days. An interim order is issued that authorises the sheriff of the court to take into possession the moveable assets listed, as well as all raw materials, shares, goodwill, licenses and loan accounts, and to operate the business in order to maintain goodwill. Within a relatively short time, the matter is finalised in court with a return date where the debtor is given a chance to object to the order obtained. If there is no objection, the order is made final. Usually by this stage the matter has been settled.

Practically, this is most effective manner of recovery because the original court order is obtained on an urgent basis without notice to the debtor. This means that directors or shareholders of the debtor do not have the chance to move or hide any assets. It also means that the sheriff arrives at the business premises of the debtor unexpectedly and takes over his business, potentially ejecting the directors from the premises if necessary. The sheriff can sell goods, place orders, dispatch goods and run the business until the matter is in court again. Depriving a director of control of his business is usually an effective way to convince a debtor to settle and allow you to recover the asset, whether that asset is in the form of a loan or moveable property.

This is an extreme and aggressive remedy, so although it is very effective, it should be used with caution, and only in default of large asset recoveries.

Q) Which Sectors Are At Highest Risk Of Bankruptcy In The Current Business Landscape?

A) Sectors such as manufacturing and mining face the highest risk in our current economic landscape because they rely on resources such as labour and energy. The lack of available skills, shortage of training opportunities and strained employer/employee relationships contribute greatly to this risk. In addition, the South African market – being small – has much lower volume demands. This makes it difficult for these sectors to be globally competitive when faced with high-volume automated competition. The continued shortage of energy, and the steep increase in energy costs, collectively extend this cost curve in South Africa and prevent competitive output. These factors further lead to a lack of investor confidence in these sectors which then affects other investor confidence in the design, automation and skills development sectors.

Q) Have There Been Any Recent Notable Bankruptcies Or Restructurings? Are There Any Lessons To Be Learned From These Case Studies?

A) The restructuring of Masonite Africa Limited to Evowood Pty (Ltd) is the most notable turnaround achieved by Jacobs Capital Pty (Ltd).

Masonite Africa Limited was a listed entity that was acquired by Jacobs Capital and Blackbird Capital after being placed in business rescue. As a first step, the forestry assets were sold and the proceeds used to inject much-needed capital into the hardboard producing mill in Estcourt in Kwa Zulu Natal.

But despite more than R100 million investment in the first six months, the restructuring was dealt a serious blow when organised labour – representing around 450 of the 700 employees – reneged on an agreement and embarked on an illegal strike for several weeks. This effectively brought the business to its knees. Shareholders decided to liquidate the business as losses seemed beyond recovery.

However, an executive management team led by CEO Louis Marais, with members of the Jacobs Capital turnaround team, agreed to test a new downsized model. This plan was supported by shareholders, on condition of some challenging risk-mitigating constraints.

The outcomes have been very positive. Over the past few months the production and sales targets continue to be met and exceeded. The business operates at break-even and has recently even become profitable.

About 70% of the model has been effectively implemented to date. Around 400 people have been re-employed by the company and a potential disastrous blow to the town and community of Estcourt has been avoided.

The business continues to grow from this base. More people are being employed, while shareholders and investors are already raising capital to increase capacity.

An aggressive marketing plan has educated consumers on the benefits of hardboard over substitute products and greatly increased demand.

A primary lesson learned during this process was clearly to define the model, and then create a plan to implement this business model. A clear and transparent communication strategy should run concurrently with this implementation plan to ensure the support of all stakeholders. It is vital to have the desire and confidence to succeed in the face of severe obstacles. The implementation team requires trust and support to use their respective skills, despite setbacks which at times might seem disastrous. An important aspect was to stay focused on the goal and not be distracted by challenges.